The Brief for Virgin Money

The Walking with the Wounded charity launched another challenging expedition to the South Pole. These gruelling expeditions are part of the charity’s mission to celebrate the bravery and determination of British servicemen and women who have been injured in the line of duty and raise funding towards rehabilitation and training initiatives.

Virgin Money, the title sponsor, has provided essential backing throughout this heroic voyage and commissioned a series of TV idents to compliment a documentary shown on prime time TV.

We suggested that the incredible and brave team members from this expedition should be sculpted from ice by a crew of professional ice sculptors. These will be the focal pieces of three TV idents.

To make things just that little bit more exciting, we also suggested to Virgin Money that we should film it in an environment that looked like the Antarctic. We wanted to create a film with a cinematic narrative drive.

We wanted to absorb the audience directly into the spirit of adventure by transporting them into an Antarctic environment. 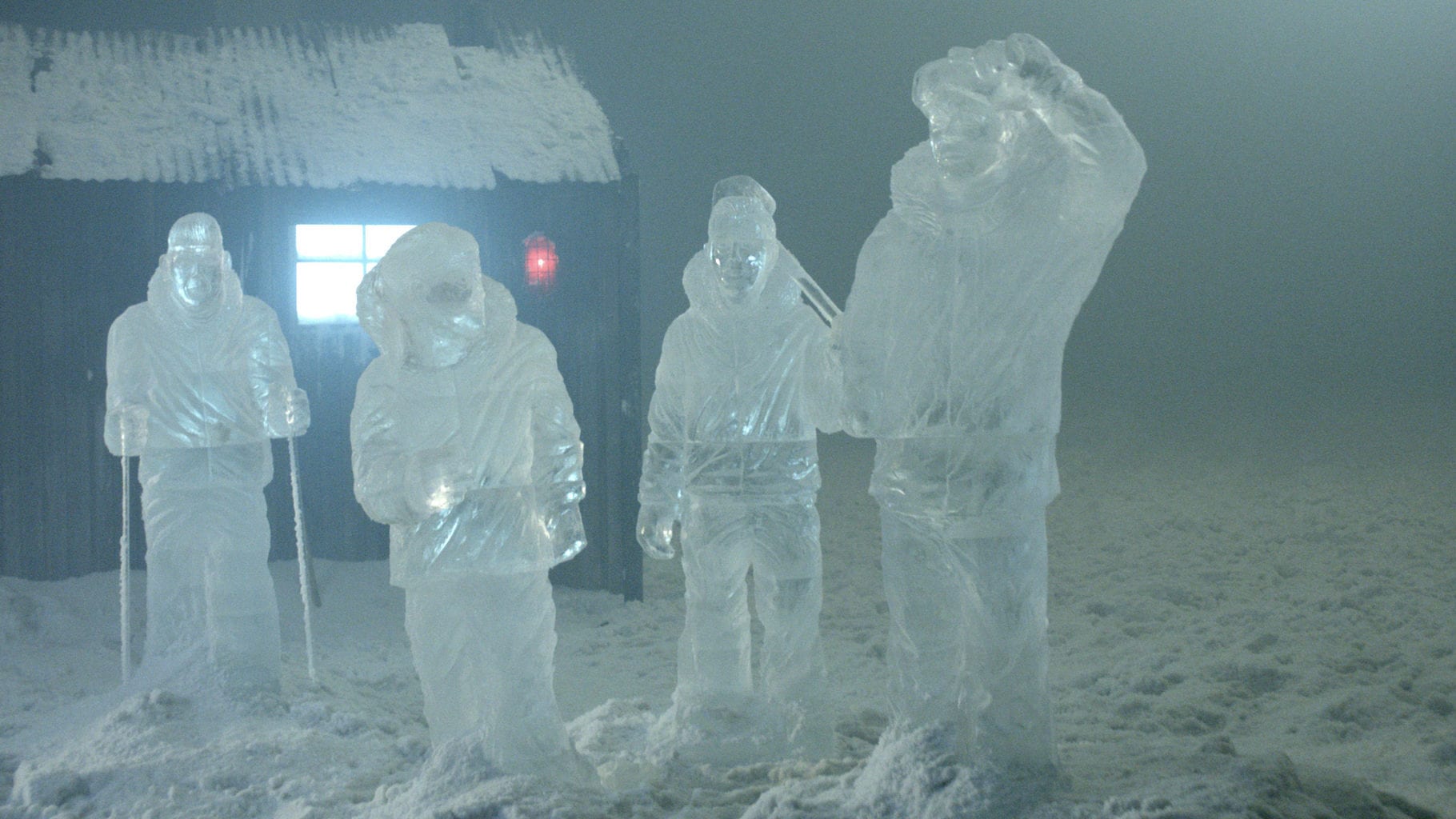 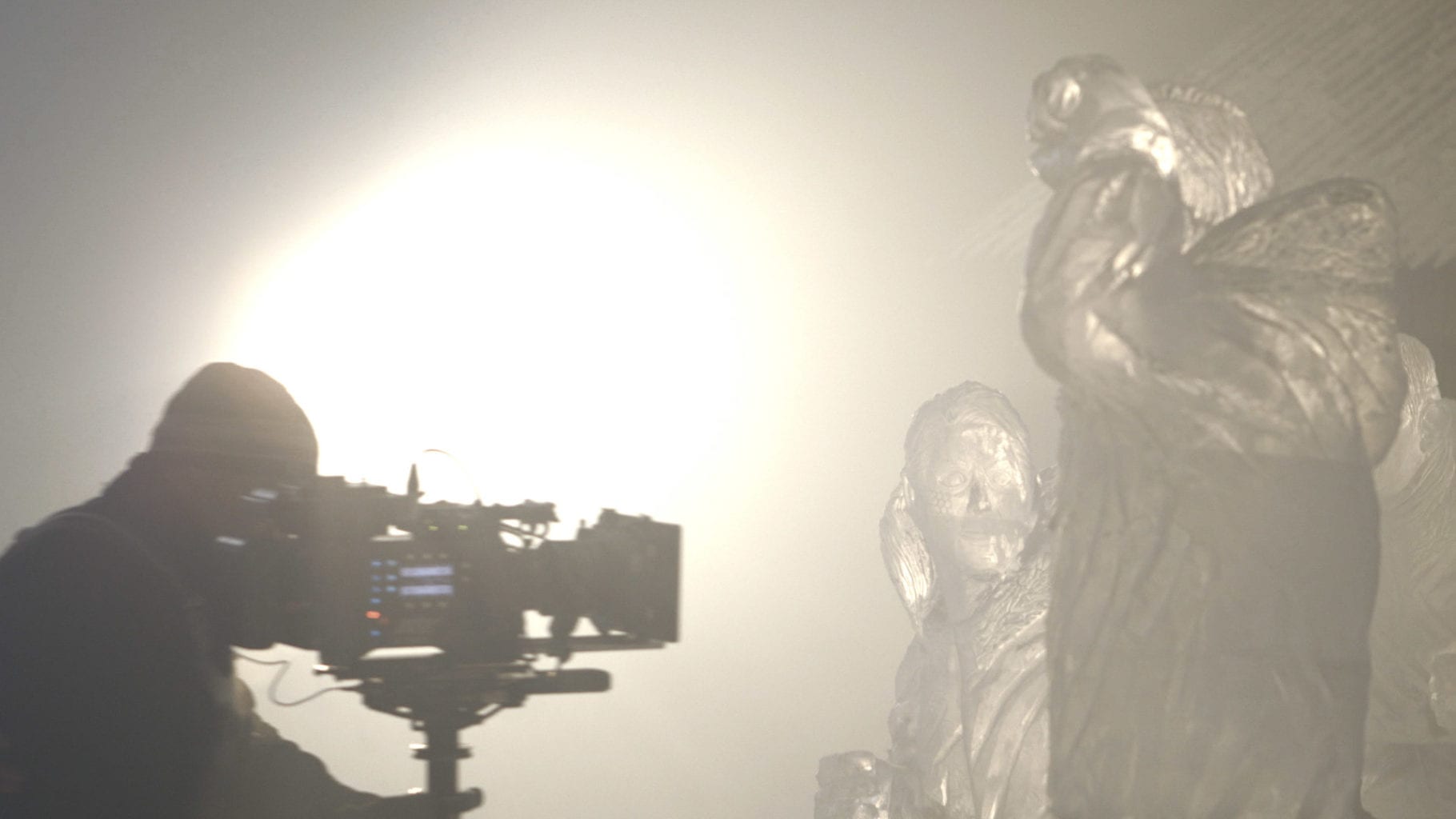 Our film would focus on one man who is busy at work in this remote, nighttime setting. One glowing red light source breaks the darkness and illuminates the individual and his small dwelling nearby. We wanted the audience to feel the coldness of night and the howling of the wind. The camera tracks in and the object that the man is working on is revealed, a large ice sculpture that we see in its last stages.

Everyone agreed that it would be an incredible idea: the small arctic hut, a ferocious blizzard blasting our ice sculptor in the face. There were smiles and nods all around the table.

That was until someone raised a finger in the air…with a problem.

We didn’t have enough budget to go to the Antarctic – and it was the middle of Summer in the UK. How are you going to make it look like the arctic – when there is no arctic? 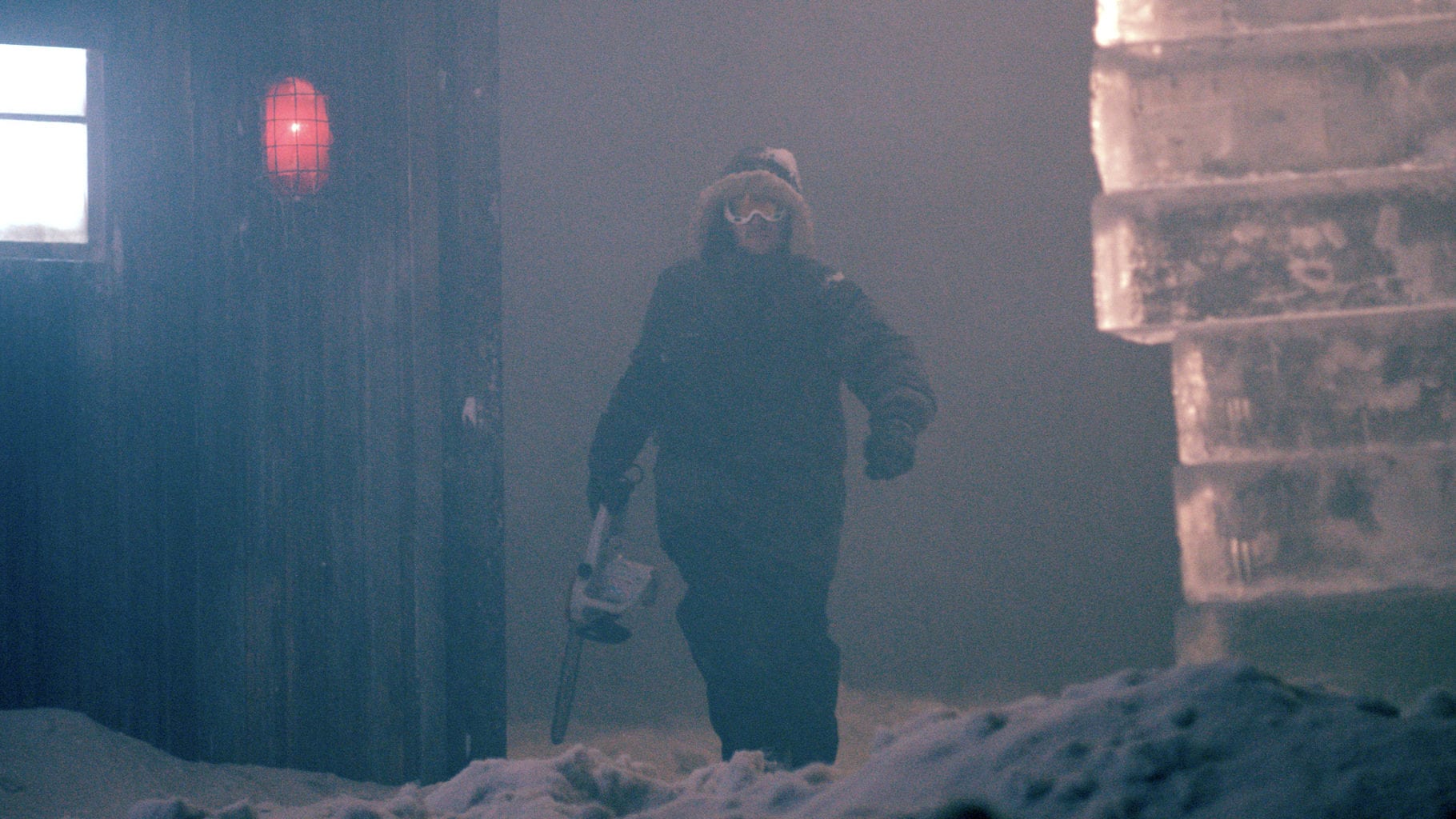 So, we decided to film it in Milton Keynes.

You see, Milton Keynes is home to one of Europe’s largest snow domes. A man-made mountain, with machines blasting out, real life, ice-cold snow. Everyone agreed that it was a fantastic idea, and so we set about planning the shoot.

The first problem is that the snow dome is one of Milton Keynes’ most popular attractions. Children and adults race up and down it all day long. Whilst the managers were delighted we’d like to produce our film there – they told us that we’d only be allowed to work between 10pm and 8am.

When the last snowboarder had unclipped his boots from his board, our team were assembling our arctic hut. A forklift truck ground its way through the metre-high snow, cradling the meticulously crafted ice sculptures in its arms. The sculptors looked on with dread. They’d worked on the models for nearly six weeks, one wrong bump and they’d have ended up falling and smashing into a thousand pieces. 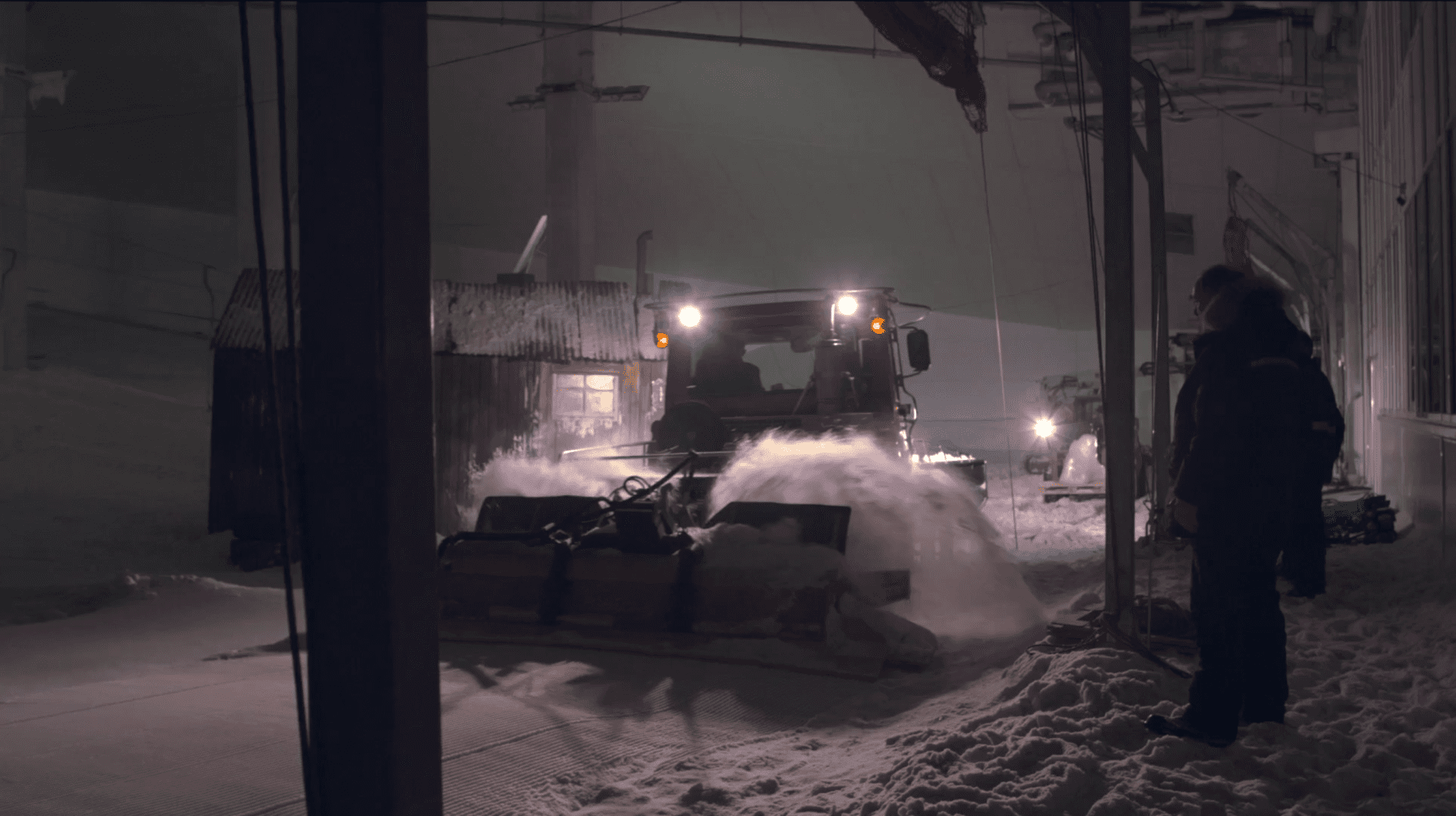 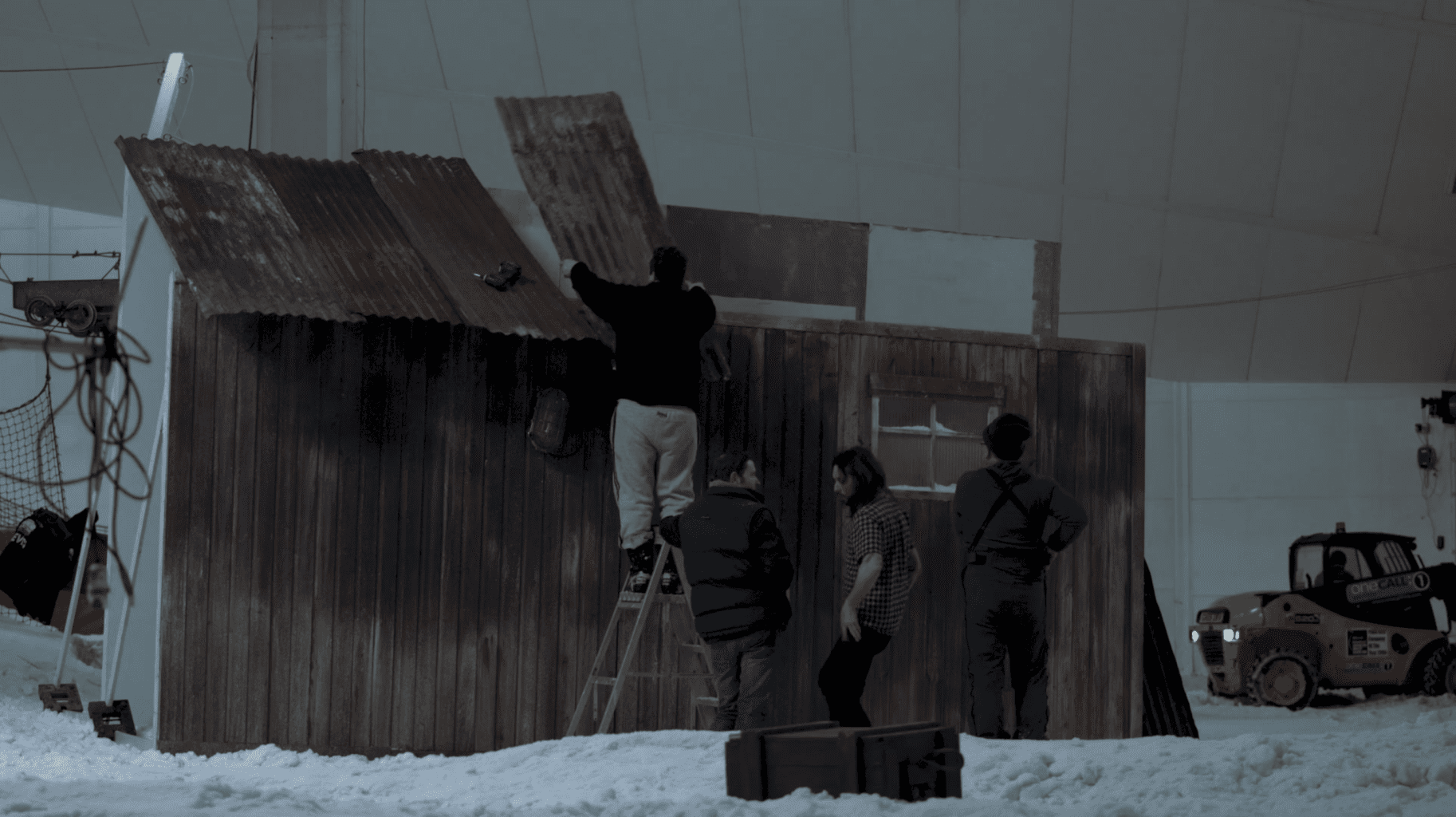 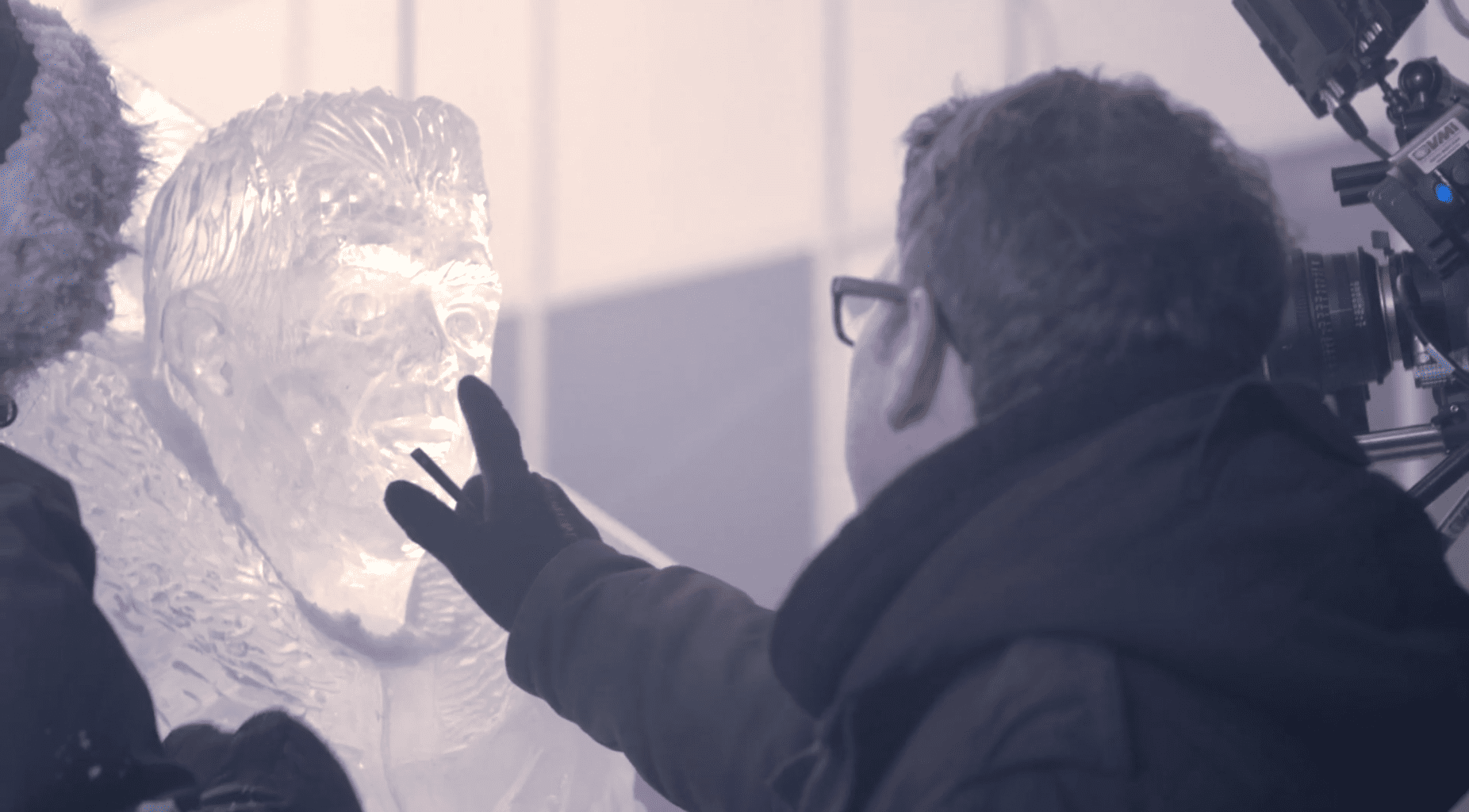 It was also extraordinarily cold for the crew to work all night inside the snowdome. Temperatures sat at around -15 celsius. The equipment and lighting were all severely challenged working in those conditions. On top of all this, a faulty snow machine decided, for a short time at least, to unleash a far fiercer blizzard than we originally attended. As the snow fell in great drifts, and we wondered whether it might have been easier to film in the actual Antarctic, someone managed to get the machine turned off. A calm settled upon the crew and we managed to capture every shot on our storyboard. 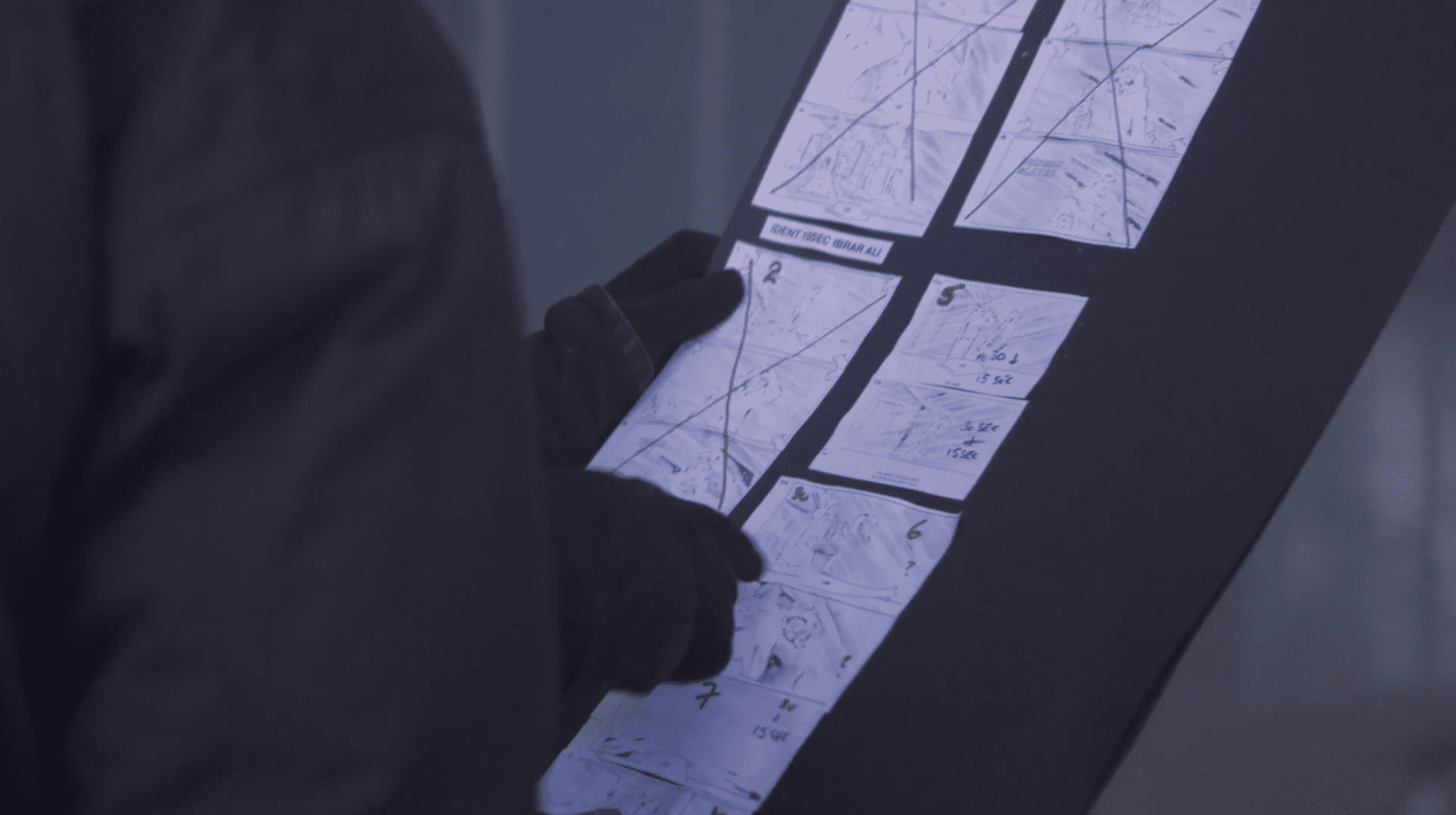 Upon finishing, our forklift truck carried our prop hut out of a side entrance just before the snowdome was once again opened to the public. As our ice sculptures melted into puddles in the car park, the snow dome was returned back to its customers, and it was as if we had never been there at all. 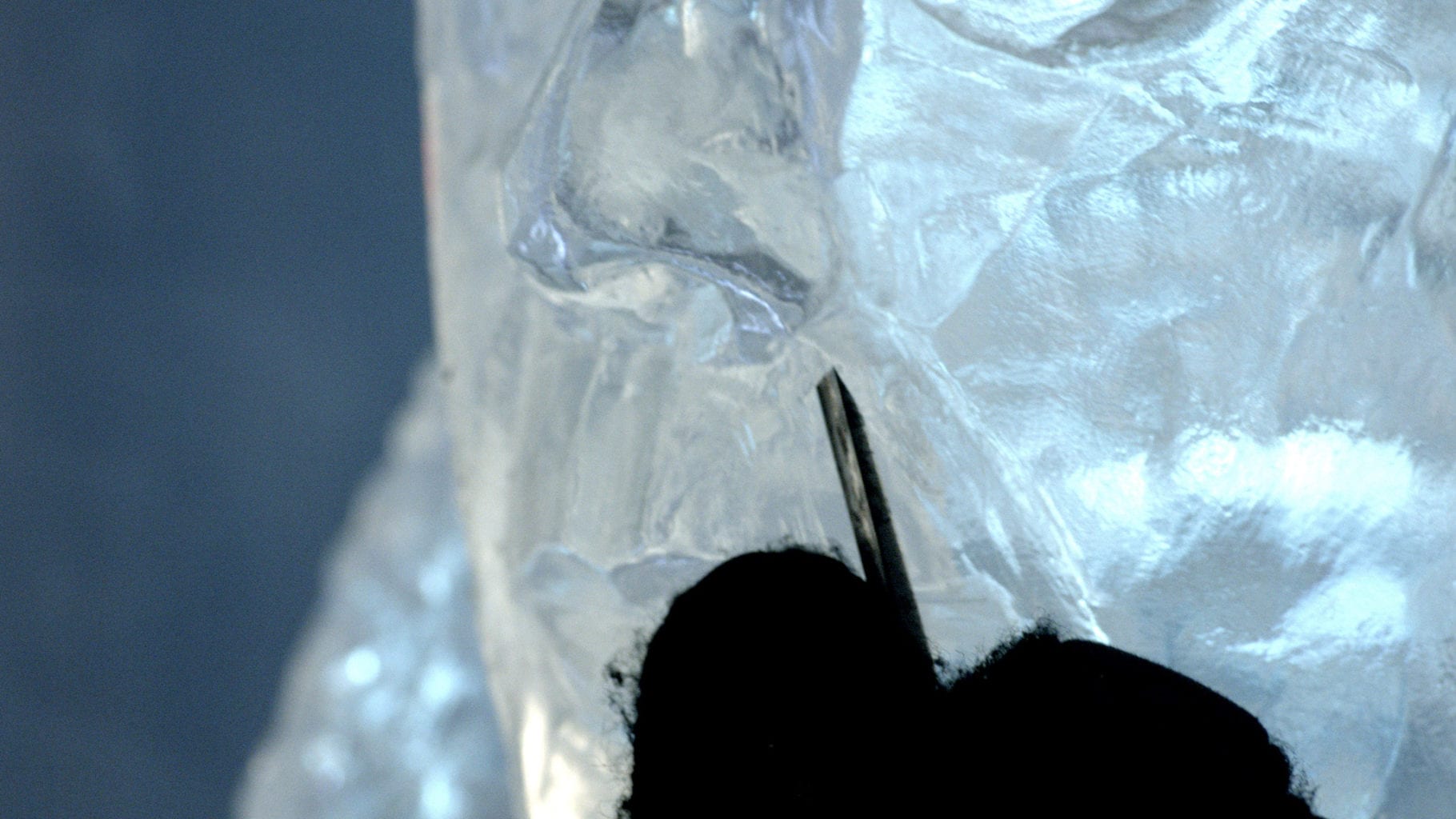 So began our intense editing and audio post-production process. Whilst we had been able to capture real snow falling in the camera, we decided to really up the ante on how it looked by use Nuke and Flame to create an actual storm feel. We also created a soundscape that sucked the audience into the isolation and remote nature of the world. We wanted the audience to feel transported to the location, through the crunch of the sculptor’s feet in the snow, to the high pitched crack of the chainsaw blasting through the ice.

We’re sure you would agree that the end result succeeds in shining a great spotlight on the achievements of these brave adventurers. And proved, once and for all to the doubters, just how exciting a cinematic backdrop Milton Keynes really is! 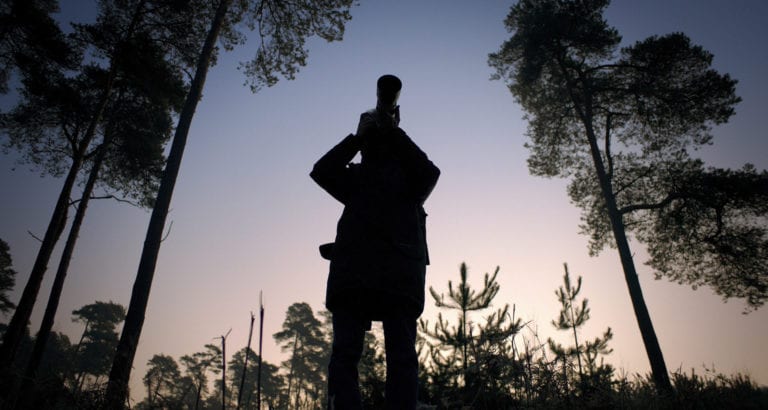 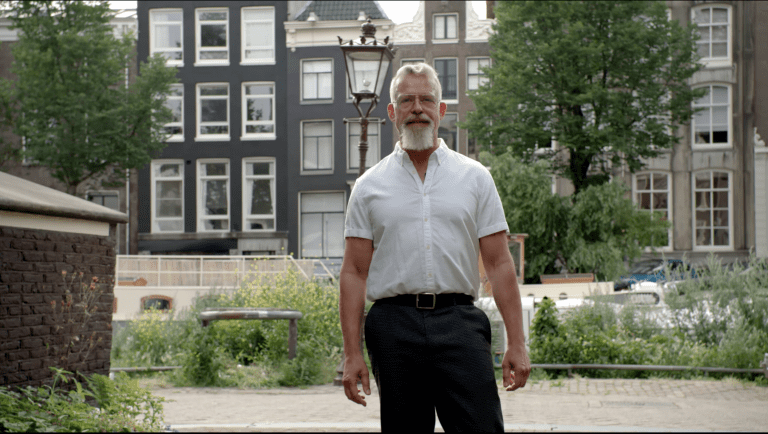 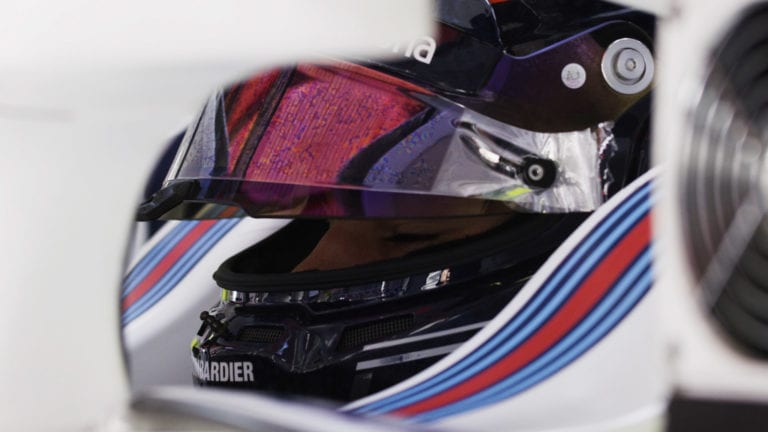 Williams F1
Williams F1
FW41
Watch
Project Video
Watch Video
Our site uses cookies. By agreeing to use our site, you are agreeing to our cookie policy.
Accept & Close